Gene is a Class "A" PGA Professional who has been on the coaching staff for the UC Berkeley Men's Golf team since 2002. In 2004 he helped lead the Golden Bears to their first NCAA National Championship in school history. Gene served as the assistant coach for the University of CA, Davis Men's Golf Team from 2000- 2002. During this time at Davis, he helped the team reach the number one ranked position in the Country for Division II Men's Golf. Gene went on to become the University of California, Berkeley men's golf team assistant coach. Taking the lead on player development and skill analysis, Gene helped the team win the school's first NCAA Division I National Championship in 2004. From 2005-2016, Gene continued to build the Cal Men's Golf team and community helping the team win back-to-back Pac-12 team titles, serving as a volunteer coach. Gene now serves on the Cal Men's Golf Committee. His strong work with this committee is helping to endow the Men's Golf program in perpetuity. Gene has taken his coaching background and applied it to his teaching at Metropolitan Golf Links for the past 16 years, and NorCal Golf Academy since 2016.
Facebook Twitter Youtube Phone Email 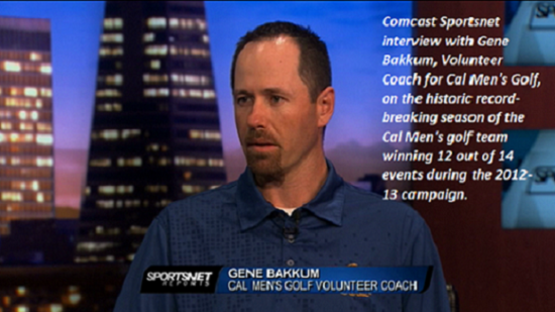 Bachelors Degree in Biomechanics and Sport Psychology from UC Davis